So, today is a little slow. Robin takes an hour to eat half a croissant at brekky. Theres the odd question from fellow passengers inquiring as to our general health. Today we go to Bologna. The home of the worlds oldest university and bolognaise sauce. 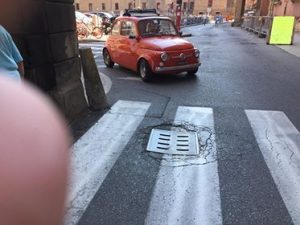 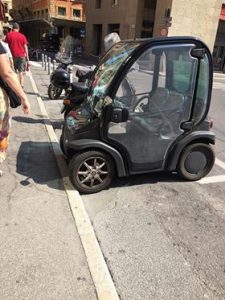 The thing I love about italy is the culture. Everything is just so elegant…. 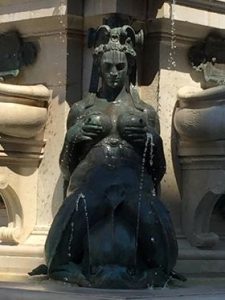 Neptune with his trident is a very famous statue in Bologna. When three brothers from Bologna started the Masserati car company they choose neptunes trident as their emblem for the cars they built. 3 prongs for 3 brothers. 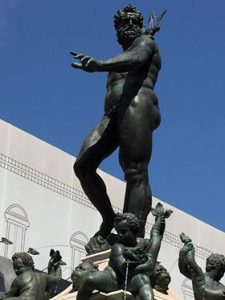 The church in Bologna. Mama Mia! Back in the day the pope agreed to part fund the church. They would have fully funded it, but the church in Bologna would have been bigger than the one at the Vatican and the pope wasnt a fan of that idea. But, he liked the idea of building the church and put some money towards it. Undeterred the locals took the cash offered and started building the grand church they had planned. Then the cash ran out, so they finished it on the cheap. When locals talk about the church they say its like the people of Bologna. Not perfect, but unique 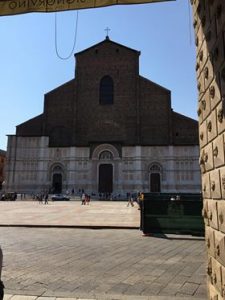 These vastly superior technologies appear all over Italy. You watching this Clover? Bam! Hook up a tractor to a trailer and in 2 minutes not 2 years you have a fully functioning light rail system. 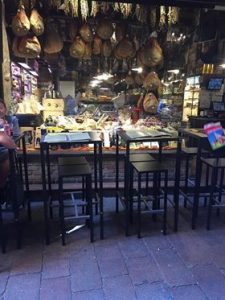 So many yummy things… 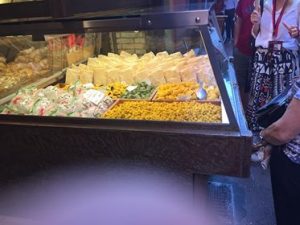 The little yellow thing are tortellini. Tiny little hand made pastas. Cheeses up the back… 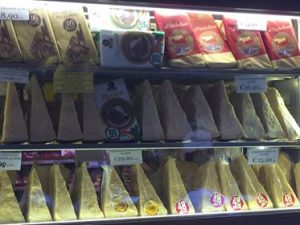 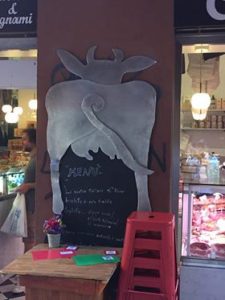 Then, off to the Uni. The worlds oldest. We had a look in the old (human) dissection lecture theatre. It was tough getting bodies back in the day, but when they did classes would form in these rooms under statues of learned men such as Hippocrates and watch a demonstrator dissect a body under the guidance of a lecturer. The place was bombed by allied forces in WW2 and completely re-built.

A good dissection always makes you think of food so we went to a jazz bar come restaurant to learn the art of making egg pasta with its many forms. In Bolognaise thats things like tagliatelle, angel hair pasta, lasagna, tortollini but NOT spaghetti. The people of Bolognaise are out raged that aussies put bolognaise sauce on spaghetti which is from Sicily. They feel the same about mozerella cheese as parmesan is their cheese. So, mozerella on lasagna is a no no. To prove the point they served us bolognaise on taglitelle (I think it back fired the spaghetti is better). I also prefer mozerella on lasagna. I think thats whats so good food wise in Australia. We borrow from everywhere and if its better we just do it. 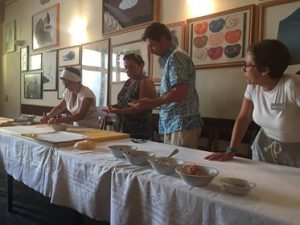 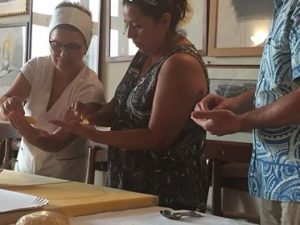 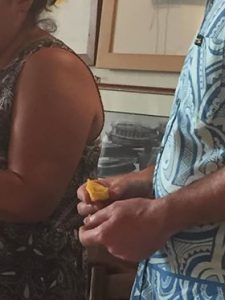 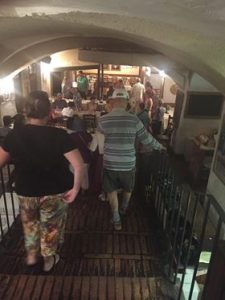 Then on the way home we stopped at a servo for a toilet break. All the servos (except the self serve ones) have a full range of beers and wines. They view these products (as do the Tasmanians) as tourist souveniers. So, they are freely available everywhere for people to buy instead of stupid stuffed koalas made in China. So, they actually SUPPORT local farmers and manufacturers. ARE YOU READING THIS NSW? 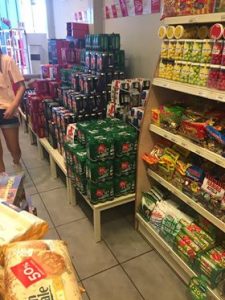