Then off the next day to the isle of Torcello. This is the original site of habitation in the Venetian Lagoon. Its church dates back to the 800,s. Its a ghost town now, with just 8 inhabitants. But it seems to have a healthy cafe culture and the place is beautiful. Some vines on the island were recently identified as the “Golden Grape of Venice”, a grape thought lost. Viticulture was popular in Venice but a 2 day king tide about 70 years ago killed the vineyards and people seem to have decided that re-planting is too risky an undertaking. 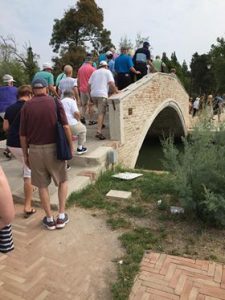 The church of Torcello…

A dog kennel maybe??? With dingo cats written on it???? Dunno 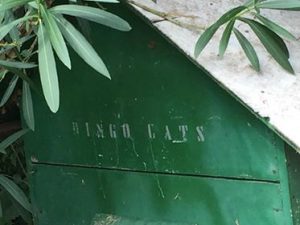 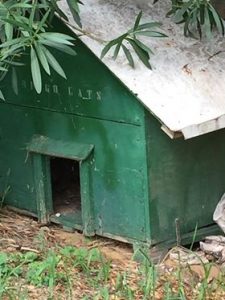 Then to Burano. Another lovely place. Its similar to Venice in the way it has canals and restaurants. Burano makes lace. Its all hand done. 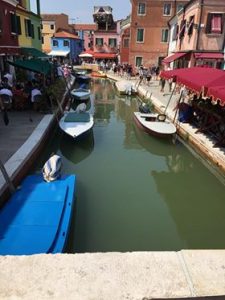 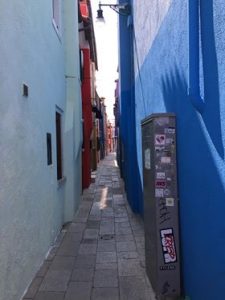 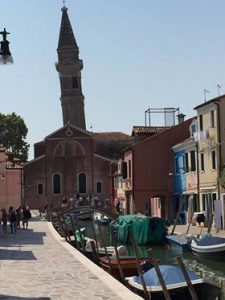 This lady is in her early 70’s and has done this sort of work since she was 15. At the factory there are different ladies who do the 7 different knots used in lace making. They specialise in just one knot, passing a piece on to the next lady when their bit is done. Finer threads give higher quality results, but greatly increase production timeframes. I had no idea this sort of work was done by hand… 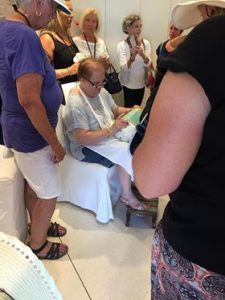 Back to the River Countess where the Ulysses has tied up beside us. Its a pretty cool boat, complete with helipad. Fellow travellers start googling the owners a debate breaks out whether is a NZ billionaire or Mark Zuckerberg from facebook. Either way, it would appear Mark is the current occupant (when he has time). I still cant bring myself to do facebook. Hes probably too busy to go on it too…….