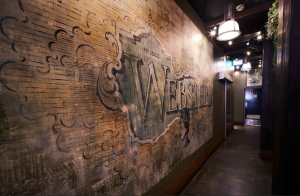 On the sixteenth of October we are back at one of our favourite haunts, Websters in the ever evolving suburb of Newtown.

Ray and his team have been running Websters for three years now and it’s a bar which is gaining serious attention.

I often find myself on the rooftop bar as the sun goes down or grabbing a burger and fries at the front bar.

On the sixteenth we will be dining on the second story.

People who have attended these events before will know they are more like rock concerts than wine dinners.

The food is great, the wines are freely flowing. Its loud and crazy.

Websters also has an extensive list of craft beers and high end spirits, so theres plenty for everyone.

Tickets are just $95. You don’t have to think too hard about that.

But, do get in early. Ray has had people crying on the phone when they miss out and it does upset him.

630pm start (if we are running late grab a sneaky drink on the roof while we sort ourselves). Bookings through Websters on 9519 1511 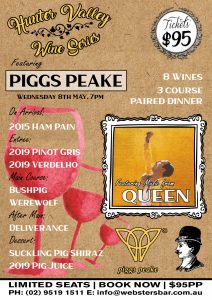